M. Dhanushika, age 11 (looking up) in class in a UNICEF-supplied Temporary Learning Space.

Sisters M. Dhanushika, age 11 (left) and M. Dilushana, age 9 are from Sri Lanka's Tamil community. They lost their mother in 2006 after she was raped and killed, allegedly by TMVP troops loyal to Colonel Karuna. Their father has subsequently remarried and refuses to be involved in the upbringing of his daughters who live together in a temporary makeshift shelter supplied by UNHCR. The two sisters rely on their aunt and uncle for care. Dhanushika and Dilushana attend Vadamunai Government Tamil Mixed School but often miss classes because they must work collecting reeds which provides them their only source of income. Despite the challenges of their situation, Dhanushika is a particularly conscientious child. As well as taking responsibility for her own necessities, she is committed to her sister's well being. The girls rely on a meal provided by the school every day. Despite the support of neighbours, their present situation is not sustainable and they are likely to be admitted to the care of an orphanage in the near future.

When fighting between the LTTE and Colombo Government forced the displacement of the local Tamil community in 2007, the Vadamunai Government Tamil Mixed School in Batticaloa District was closed. Since reopening in January 2009, the school has six teaching staff for 88 pupils from Grades 1-9. Before closure,136 pupils studied at the school. Poor road-infrastructure and the remote location of the school means that many staff have to commute for more than three hours. Five classes are held in a UNICEF-supplied Temporary Learning Space. Four other classes are conducted outside, beneath trees. Many of the students suffer with the trauma and stress associated with those living in conflict situations. The staff must deal with these issues as well as the personal difficulties that they themselves suffer living in a conflict environment. To further antagonise an a 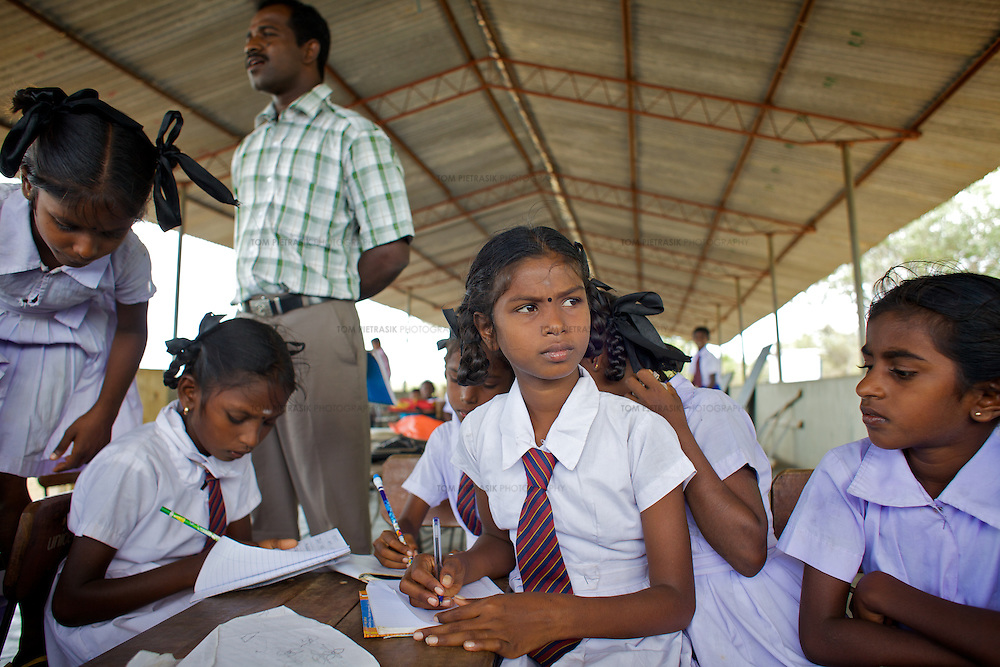