On Diwali Day, Krishnamurthy visits the beach with three of his daughters and a cousin close to their old home in Pudupettai. This is the first time the sisters had visited the beach since the tsunami. LtoR: Jayapriya, Bhanpriya and Sivaranjini.

For Sivaranjini and the other children whose experiences are presented here, the tsunami is a defining event in their lives; the terrible personal upheaval they have suffered 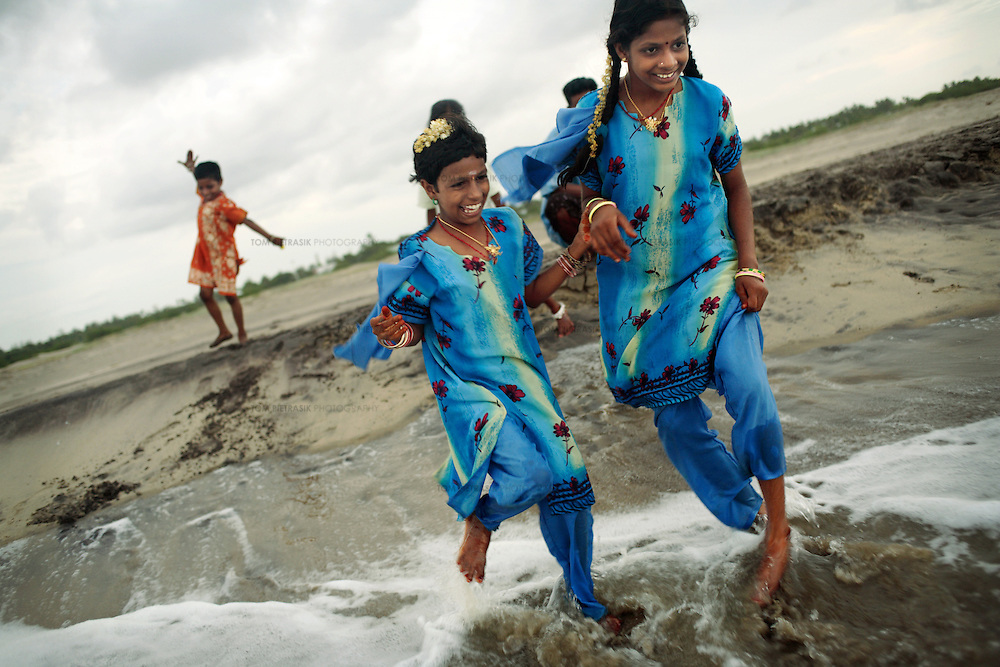