CHILDREN OF THE TSUNAMI
Prev

Anjalakshi, age 9, (in red) visits a temple in Pudupettai to mark the Hindu festival of Diwali. She is accompanied by their sisters and maternal grandmother Chitra (yellow sari). The Krishnamurthy sisters spent the Diwali weekend visiting relatives while staying with their father in their home town of Puddupettai.

The five Krishnamurthy sisters from Pudupettai in Tamil Nadu lost their mother to the 2004 Asian Tsunami. Their father declared himself unable to raise his daughters and, like many other tsunami widowers, placed them in the care of a government orphanage. He has since remarried. The sisters, now aged between 6 and 14, have lived with 120 other orphaned children in Cuddalore's Government Home for Tsunami Children since January 2005. Though of course the detail of their lives is unique, the Krishnamurthy sisters share many experiences with other tsunami-orphans in Tamil Nadu and across the tsunami-affected region.

According to staff at the government home, Sivaranjini, age 14, has begun to loose interest in her studies. She fared badly in recent examinations which staff attribute to the poor education she received before the tsunami. The other four sisters are doing well at school. Sivaranjini continues to be a very committed elder sister, undertaking many of a tasks for which a mother would normally be responsible. Sivaranjini washes her sisters' clothes, helps with their studies, offers affection and, when appropriate, administers punishment.

Krishnamurthy, the sisters father, visits the orphange once or twice a month. His sister Kamasala visits more regularly but reserves most of her attention for Sivapriya, age 12. Sivapriya used to live with her paternal aunt before the tsunami. Like other children at the orphange, the five sisters also spend religious festivals and the annual school holidays with their father and extended family. During these periods the Krishnamurthy sisters are treated to gifts and lavished attention from family and friends in 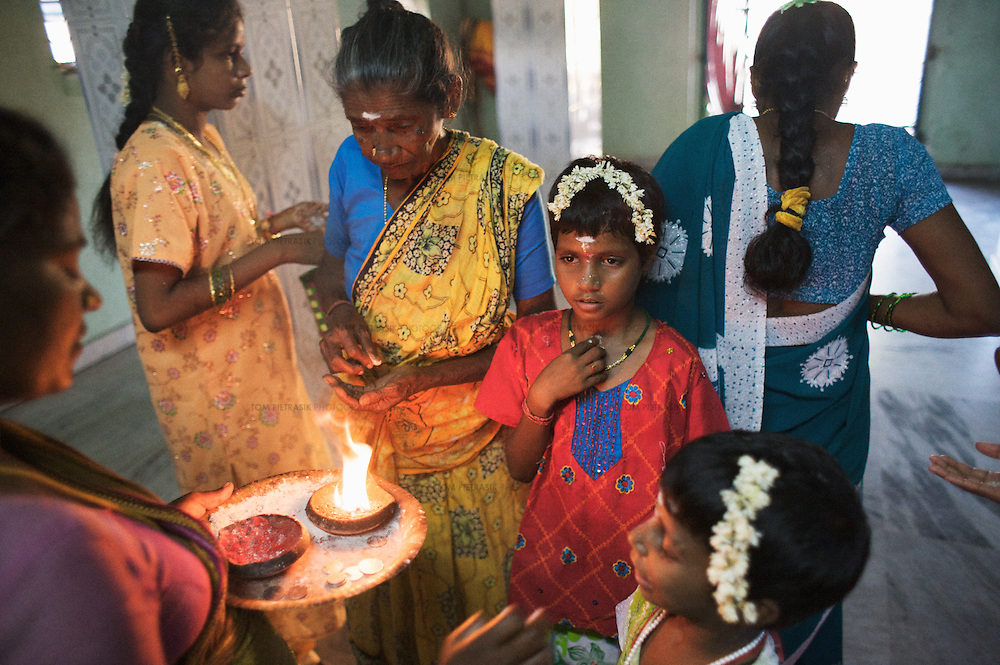