Dr. Yogesh Jain (2nd left), Dr. Raman Kataria (in stripped shirt) and other medical staff at the JSS hospital in Ganiyari, provide emergency medical treatment for a 30-year old woman experiencing seizures after attempting suicide by drinking insecticide. The woman is one of many such suicide cases treated at the JSS hospital in Ganiyari. She was brought to the hospital on a motorbike. After stabalising her, the JSS doctors admitted her to the ICU at the large government hospital in Bilaspur, 25km away. The woman survived thanks to the efforts of the JSS and was discharged from hospital one week later.

The JSS (Jan Swasthya Sahyog or People's Health Support Group) is a public-health initiative established in 1996 by a handful of committed doctors, all of whom trained at elite medical schools in India. While many of their peers secured high profile, high earning posts in premier hospitals in India, the US and the UK, the doctors at JSS provide a service for poor and marginalised rural communities in Bilaspur district in the eastern India.

The JSS operate out of a hospital in Ganiyari, near Bilaspur. Relying on grants and donations, the JSS provide a first-class service for a community that would otherwise rely on underfunded and poorly resourced government facilities. Though JSS hospital boasts 30 beds, two operating theatres, a fully-equipped lab and three outpatient clinics a week, the service provided by JSS is over-subscribed by a community of 800,000 people from 1,500 villages.

The JSS offers training on new agricultural techniques. The JSS has a well established outreach program of village-clinics and employs over 100 village health workers serving 53 villages. They also operate an ambulance service and assist with transport costs for a community who's access to essential services has been undermined by the Chhattisgarh government's decision to completely disinvest in public transport. 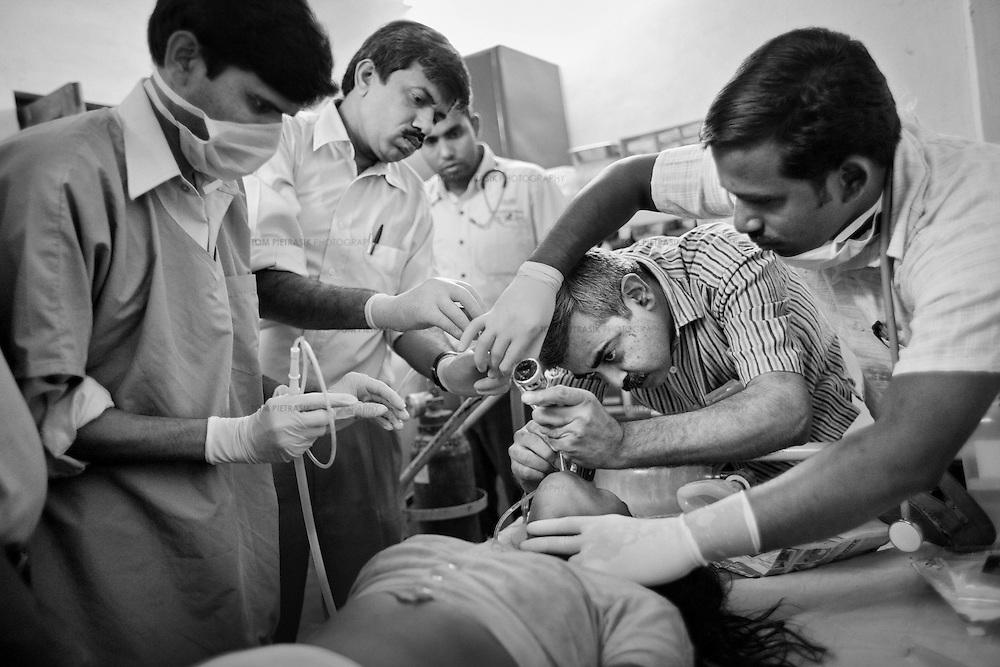