At home Vasanti and daughters Shrudha, 10 (HIV positive, in pink), Shubhada, 11 (HIV negative, right) and Vrinda, 8 (status not known). Vasanti Shinde, 26, works for the Save Foundation. Others neighbours 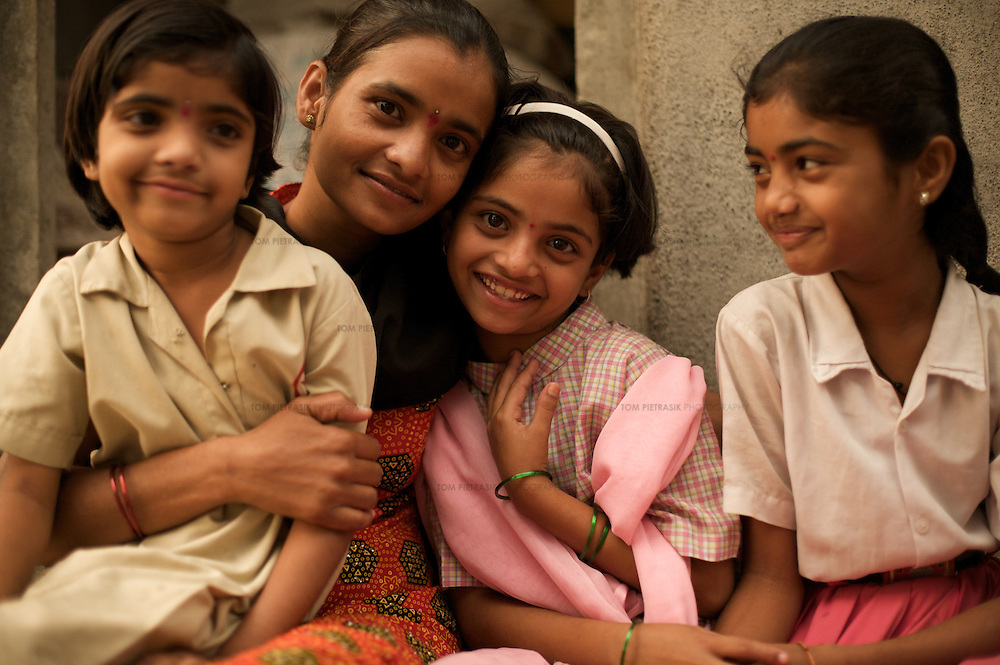