Vasanti with neighbours. HIV positive Vasanti Shinde, 26, works for the Save Foundation. One of her three daughters is also HIV positive. 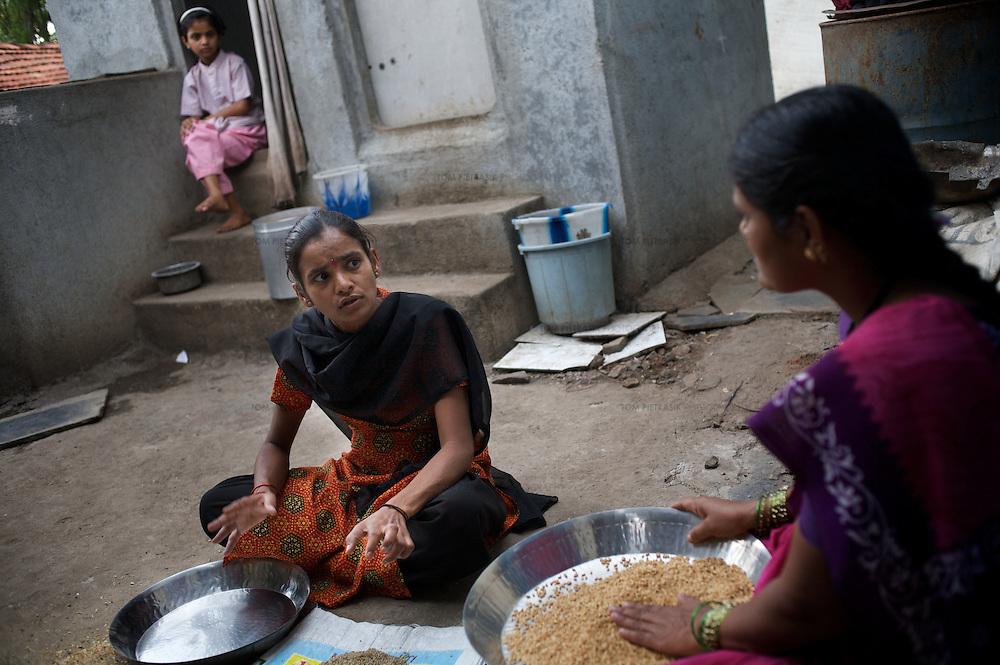