HIV positive women from the Save Foundation prepare to perform their play on the issue of HIV discrimination to an audience in Samodoli village. 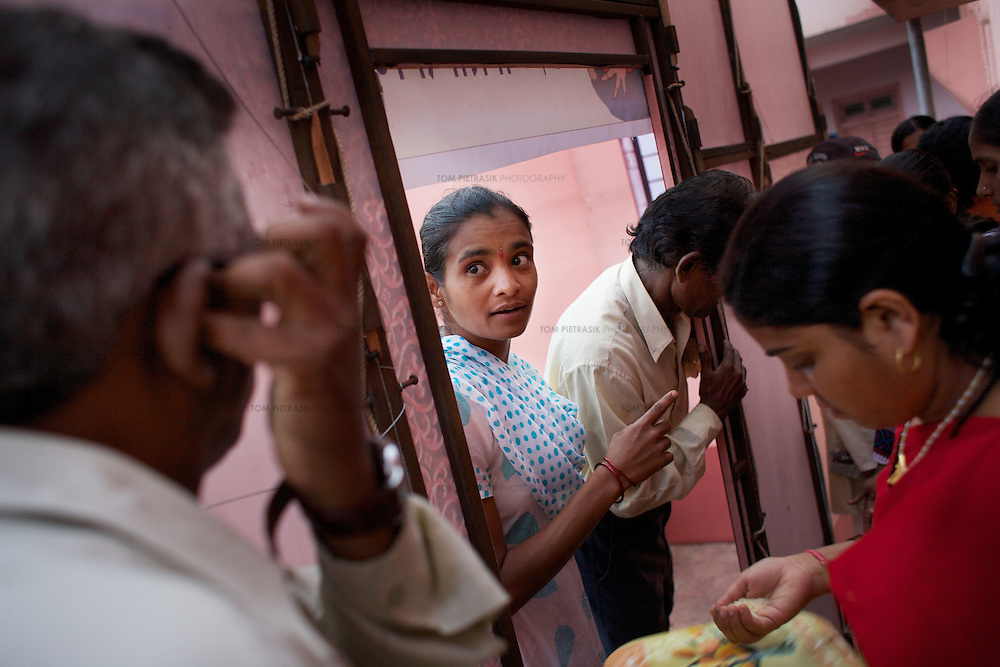