Irma and her son, Julio, age 18 months, at a playground in Hartford. 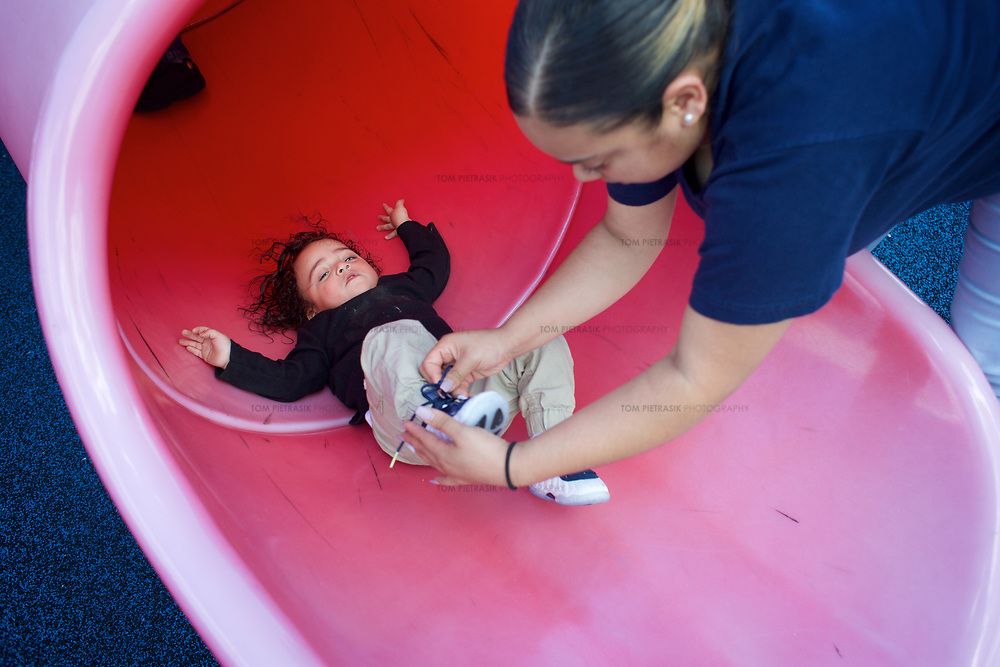