Julia and her daughter Annabella, age 5, at a park in Norwich.

Rose introduced Julia to United Community Family Services who provided bus passes, signed her up with social security, disability allowance, state cash-assistance, counselling and medication-management. Never having lived with the support of a stable family means that Julia relies on Rose and appreciates the help that she provides. Julia is now rebuilding he 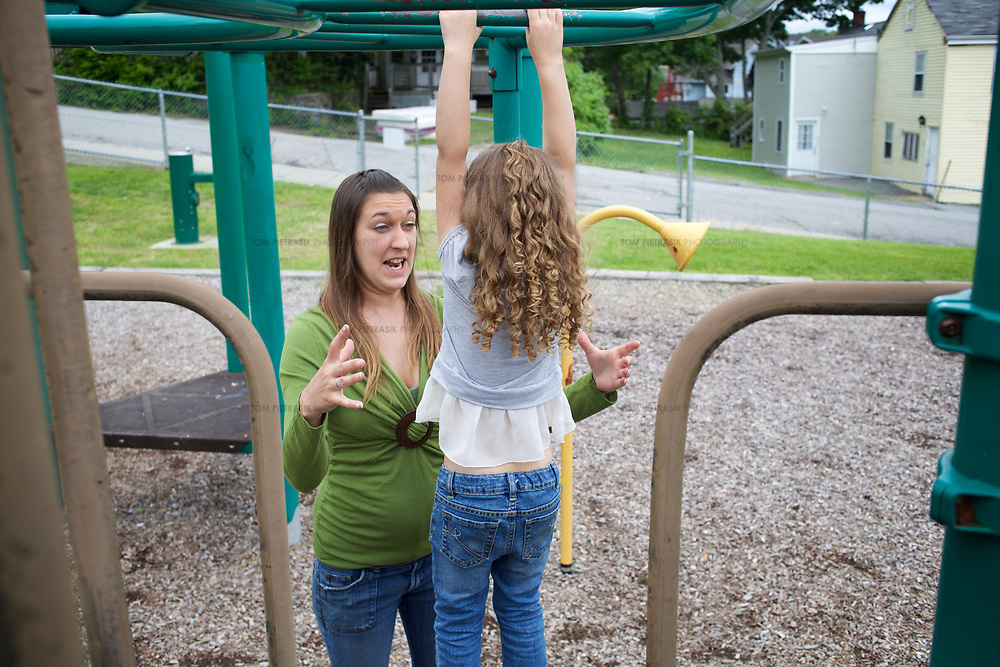