Imran Khan discusses constituency issues with fellow Tehrik-e-insaaf party members and constituents in his Parliamentary office in Islamabad. Khan is MP for Mianwali in Panjab. 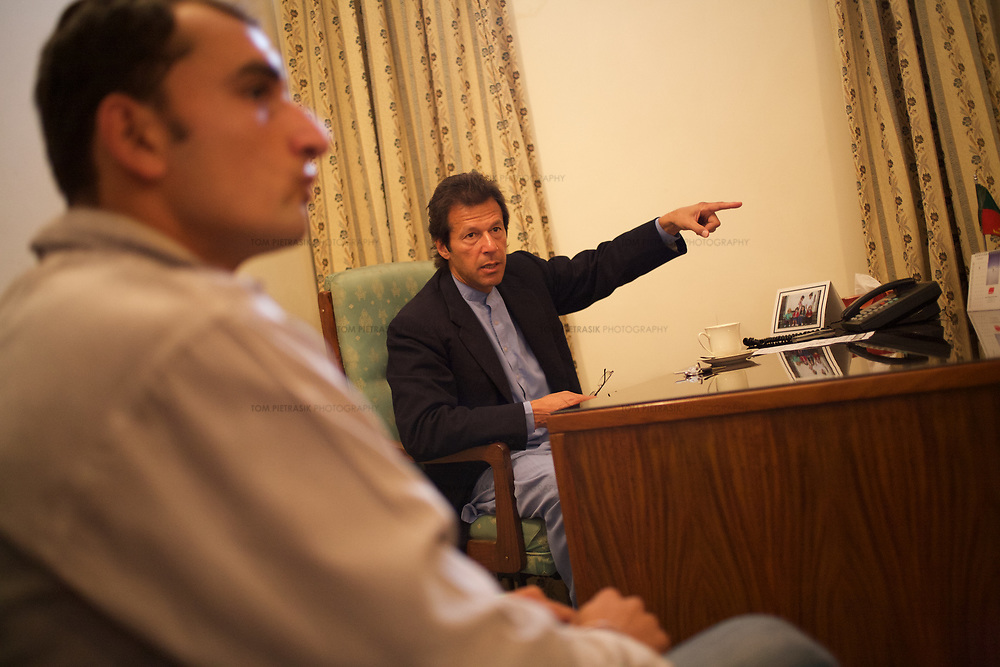