Adivasi (tribal) girl Atri Bai, 12, from the Baiga commumity in outside home village of Indripani. Atri Bai's family were relocated in 2002 from Bodhi Daldali to make way for the 668 hectare bauxite mine, run by Balco & Vedanta (Vedanta is a UK headquartered company). Families received Rs.100,000 per acre of lost land. As many survived by cultivating forest land, this amount did not properly compensate them for their loss. The Bodhi Daldali mine directly employs just 70 people. 750 contractors, most of them casual day-wage workers, provide the labour without which the mine would not function. 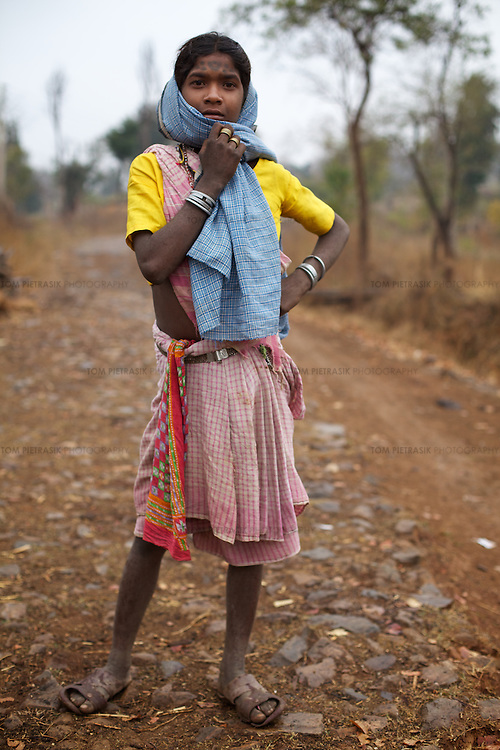