Imran Khan and members of his polical party Tehrik-e-insaaf meet Khan's constituents in the village of Moch. Imran Khan became a Member of the Pakistani Parliament for Mianwali, Panjab, in the October 2002 elections.

Copyright
THIS PHOTOGRAPH IS THE COPYRIGHT OF TOM PIETRASIK. THE PHOTOGRAPH MAY NOT BE REPRODUCED IN ANY FORM OTHER THAN THAT FOR WHICH PERMISSION WAS GRANTED. Tom Pietrasik PHOTOGRAPHER NEW DELHI India tel: +91 9810614419 UK tel: +44 7710507916 Email: tom@tompiet
Image Size
4368x2912 / 2.6MB
Contained in galleries
PORTRAITS, IMRAN KHAN 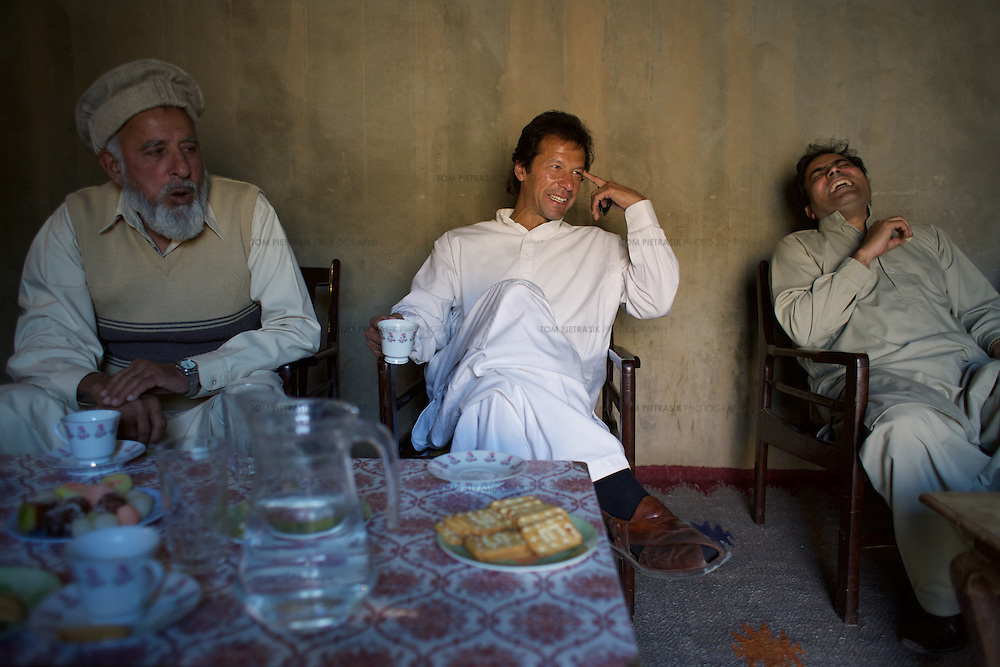