Adivasi (tribal) Baiga men from the village of Burbhus Pani wait on the road for truck drivers en route to the Bodhi Daldali Bauxite mine to hire them for casual mining work. Most of the trucks, which originate in Chhattisgarh capital city Raipur, are manned by teams of five workers but those that do not will recruit local Baigas for casual day work at a rate of Rs.125 per day (bauxite fetches Rs.600-700 per ton). The trucks ferry the bauxite to Raipur from where it is sent 600km by train for processing into aluminum in the state of Orissa. Located in the Maikal hill range, the 668 hectare Bodhi Bodhi Daldali mine, run by Balco & Vedanta (Vedanta is a UK headquartered company), has been operational since 2003. Many Baiga families living on the site of the mine were relocated to make way for the mine. Enticed by compensation and often empty promises of employment and health and education services, most relocated people have regretted moving from their ancestral lands. The mine directly employs just 70 people. 750 contractors, most of them casual day-wage workers, provide the labour without which the mine would not function. 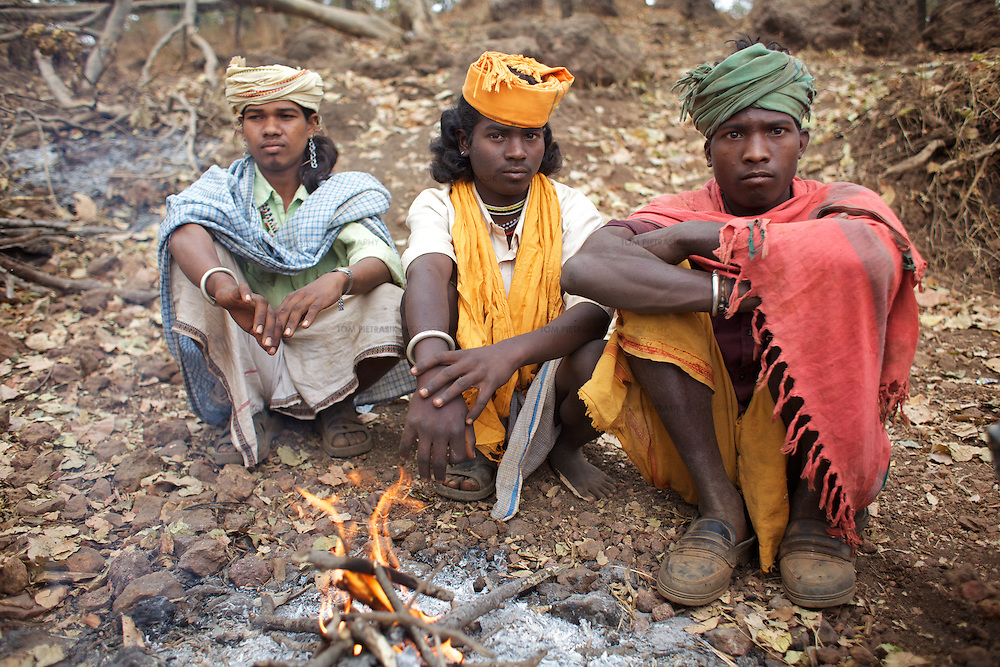