Vijyashree (left) and Vijitha in the family front room with their brother Sanjay.

Vijitha and Vijyashree Viswanathan, now age 12 and 10, lost their mother and younger brother to the 2004 Asian Tsunami. The sisters continue to live with their father Viswanathan in a small house in the fishing village of Thalanguda, 5km from Cuddalore. The house does not have a toilet and water is supplied for only a short period of the day. Viswanathan married Kayalvizhi just over a year after the tsunami and the couple now have a son born in December 2006. Of the two sisters it was the elder Vijitha who initially appeared more distressed at her mother's death. But in the subsequent three years she has come to terms with her loss and seems better equipped to face the challenges of growing up without the support of her mother. In contrast Vijyashree, whos younger age may have insulated her from some of the grief experience by her sister, has fallen back in her studies becoming moody, withdrawn and reticent. Vijyashree has suffered fits for a number of years but in the past twelve months these have become more frequent. Viswanathan blames the drugs prescribed to treat his daughter's condition for her moodiness. Another explanation could be the arrival of Vijyashree's half-brother Sanjay with whom she must now compete for the affections of her father. Kayalvizhi does not appear particularly sensitive to the needs of her adopted daughters though her position cannot be easy, particularly when burdened with the task of raising a baby. Viswanathan's sister-in-law Shanthi is especially scathing of Kayalvizhi's indifference to Vijitha and Vijyashree and questions whether the girls should be expected to clean the house, clean utensils and prepare themselves for school. Shanthi complains that the girls must come to her for affection and in the case of Vijyashree this is clearly true. The fervor of Shanthi's condemnation of Kayalvizhi and, by association Viswanathan, could however be the resul 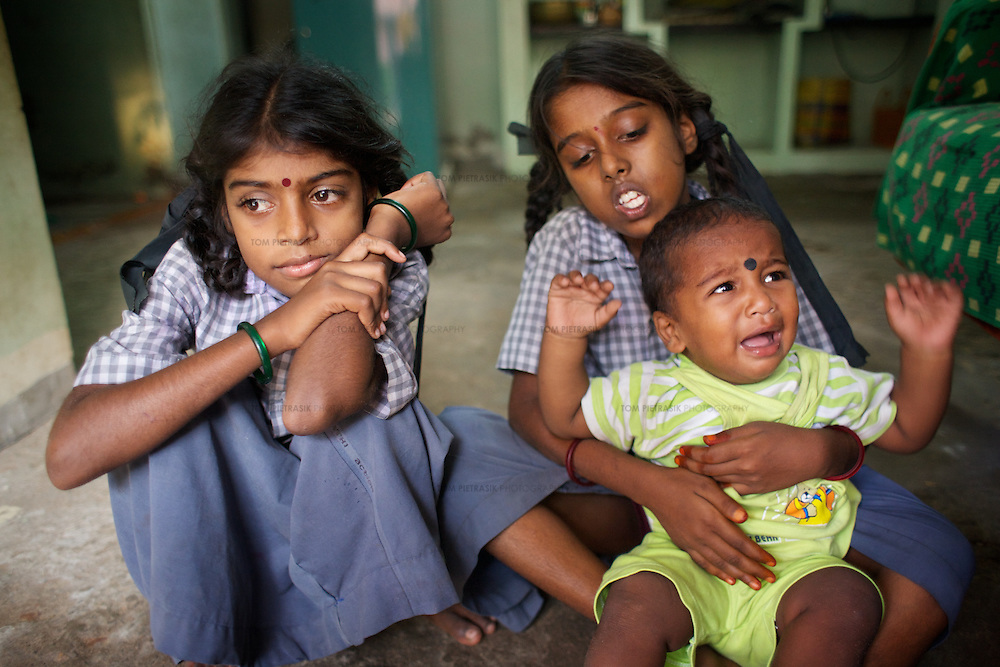