Sameer plays an evening game with his children Salina and Shabikur outside their home.

The rag-picking community of Shanti Busti (literally "Peace Slum") which comprises 210 households have been living and working in Lucknow for the past twenty years. Originally from Assam, their language and culture differs from the wider population of Lucknow who speak Hindi. The low status of the rag-pickers' work together with their minority status as Muslims speaking Assamese makes them particularly vulnerable to stigma and discrimination. The rag-pickers also suffer insecurity of tenure over the land upon which Shanti Busti is built. Families pay a rent of INR100-150 (GB£1.25-GB£1.90) to a "landlord" who provides then some protection from eviction by the government. The community's status is further undermined by the fact that many in wider society falsely charge them with being illegal immigrants from Bangladesh. This effectively denies the rag-pickers claim to any of the rights and services afforded to other Indians including the right to vote. Without political representation the people of Shanti Busti rely on the work of Oxfam and its partners for the provision of basic services.

Sahera Khatoon is ten years old. She lives with her two parents and five of her six siblings in a small shack built of discarded plastic sacking and bamboo poles. Sahera's father Sameer and mother Zohra arrived from Barpeta district in Assam 21 years ago. They and their families were poor landless labourers suffering the financial insecurity that comes with irregular work. Like many of their neighbours in Barpeta district, they were encouraged to make the journey to Lucknow by a refuge contractor who promised a regular income in return for their labour. It is a measure of the desperate circumstances faced by Sameer and Zohra that their life in Shanti Busti is preferable to the circumstances they left behind in Barpeta district. Collecting rubbish is hazardous and as well as the health-risks o 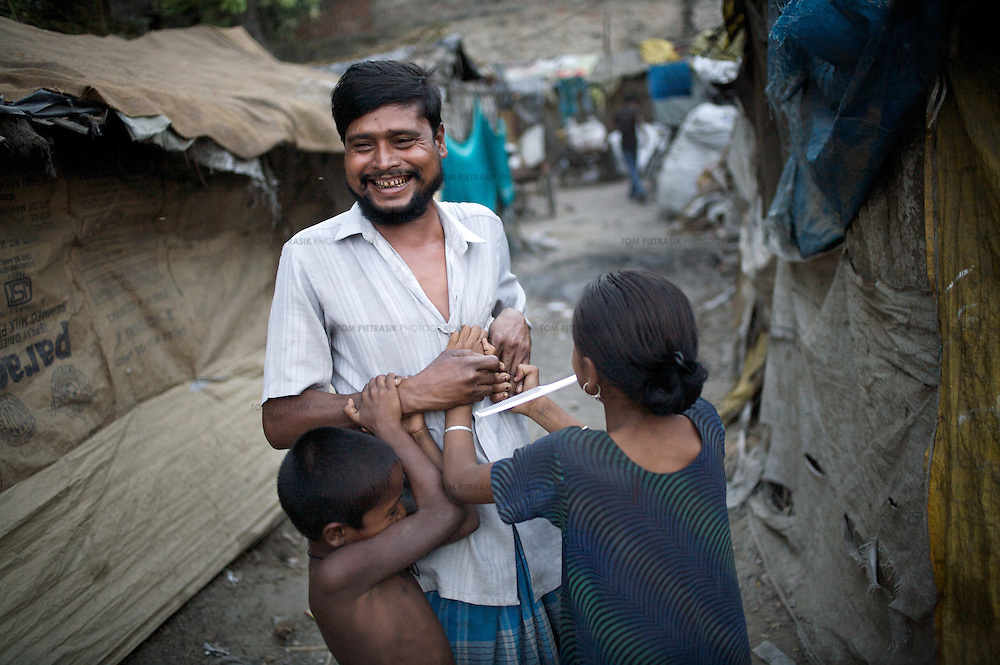